Payment differences between the genders exemplify long-standing inequalities. Women receive just 79 cents per dollar in men’s paychecks, reports the Census Bureau. Per the Equal Pay Act (EPA), employers must give all women and men employed in the same workplaces equal wages for equivalent work. Job natures instead of titles determine if positions meet substantially equal criteria. More than 50 years after the EPA went into effect, firms still are striving to close the pay differential and end compensation discrimination.

Modernize more than your compensation criteria by upgrading to National PEO’s convenient and accurate online payroll services. Our versatile web-based tools simplify and speed up onboarding new hires, attendance, payroll ledger reconciliations, and separations. Manage those records online, via email, or by phone from any location. Consider enacting the following suggestions from social scientists, policymakers, and impartial companies to overcome your organization’s gender pay gap.

Men receive better pay partially because they are more apt to request it. Before accepting job offers, a study found that only about 12 percent of women negotiated more money, compared to around 51 percent of men. Other research showed that females seek greater amounts that are still 30 percent lower than their male counterparts. Since starting salaries influence raises and lifetime earnings, women in middle-paying positions who do not bargain upfront may forfeit up to $750,000 during their careers. That figure jumps up to $2 million for those in high-compensating jobs. Other investigations indicate that employers penalize females who barter while rewarding males. 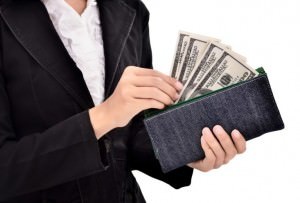 Consider these varied solutions. Coach your female employees on negotiating skills. Inform personnel who set worker compensations about your firm’s disparity, and authorize them to advocate for women throughout pay talks. Alternatively, ban all wage bargaining and base nonnegotiable salaries on jobs and experience. That strategy tasks your company with paying impartially so candidates will not need to haggle to get fair earnings.

Stopping the pattern of women losing millions during their careers due to low-balled job offers could involve ignoring former remuneration levels. Instigate this approach by basing earnings on what positions are worth. Direct hiring managers to discontinue relying on candidates and staffers’ prior incomes when setting their new ones. That practice deprives mothers who return to the workforce after breaks to raise families. Women’s earlier situations also have greater chances of inferior wages. To prevent previous discrimination from continuing, do not ask contenders for their salary histories.

The largest pay gaps exist in the least accommodating occupations regarding work times and locations. Disparities shrink when staffers can choose their schedules or shifts and substitute for each other easily. Those practices do not penalize women who work fewer hours as much. Offering greater flexibility in traditional male roles could encourage fathers to balance parenting responsibilities better with their employed wives.