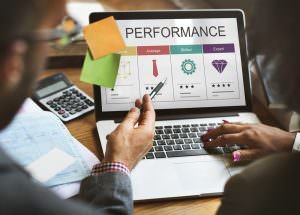 2017 may have come to a close, but that doesn’t mean the world of HR is slowing down at all. Here are some of the top stories that we are following as we turn to the new year.

In the wake of a seemingly endless stream of high-profile sexual harassment and assault revelations, social media giant Facebook is making its sexual harassment policy public as a means to help other companies develop their own policies. The company, which recently received the prestigious “Best Place to Work” honor from Glassdoor, admits that the policy is not perfect, but hopes that by sharing the document and the company’s sexual harassment training program, other companies can learn from it. Facebook leaders noted that many smaller companies and startups do not have the resources in place yet to create comprehensive policies, and that by sharing their policy, they hope to help them — and start a trend in which companies can all learn from each other.

Be Aware of This I-9 Scam

With the recent announcement that U.S. Citizenship and Immigration Services would be ramping up their I-9 audit programs, it seems some enterprising scammers are using that news to target unsuspecting employers. A number of businesses have received official-looking emails purporting to be from USCIS demanding information about and copies of employees I-9 forms. The emails, which appear to originate from a uscis.giv address and contain official seals and other information, are not legitimate though, and could open your company up to a data breach.

USCIS will never send a request for information via email — and employers are still not required to submit I-9s to the agency. The only time that USCIS will review I-9s is when your company is being audited, and if you’re selected for an audit, you will be notified by mail. If you receive a phony email, do not respond, do not click any links that may be present, and report the message to the FTC. If you receive a different email claiming to be from USCIS, you can check its legitimacy by forwarding it to uscis.webmaster@uscis.dhs.gov.

Early in December, the Department of Labor proposed extending tip sharing to “back of the house” restaurant workers — including chefs and dishwashers — under the Fair Labor Standards Act. Currently, labor laws allow for restaurant owners to require front of the house staff who receive tips (such as wait staff and bartenders) to pool their tips and share them equally. Under the proposed rules, that sharing would include those who don’t typically get tips, provided that the restaurant owner pays them minimum wage, doesn’t take the tip credit, and tip pooling isn’t prohibited by state law.

Democrats and worker advocates strongly oppose this rule, which would nullify a 2011 rule that prohibited tip sharing with the back of the house. Opponents of the rule say that it effectively amounts to stealing wages from the tipped workers, and does nothing to prevent other back of the house employees, including managers, from taking tips as well. However, supporters of the rule say that it would support more wage equity among all of the staff. The proposed rule is open for public comment until Feb. 5.

The Society for Human Resource Management released its list of top compensation trends for the coming year in mid-December. Among the trends the organization predicts for 2018 include: 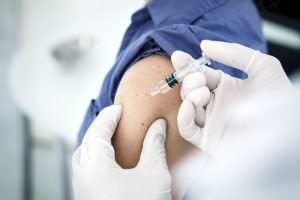 No Flu Shot, No Job?

In November, 50 employees of the Duluth, Minn.-based Essentia Health were fired for refusing to get flu shots. An additional 100 employees initially refused the vaccination, but opted to receive the shots when they were threatened with termination. The health system’s policy requires employees to receive the flu shots as a patient safety precaution, as severely ill patients are at a greater risk of dying from complications from the flu. This position is supported by data indicating that 80 percent of workers went to work sick last year — and that fewer than 50 percent of individuals typically get the flu shot every year.

Although the policy is opposed by several unions, which were unable to get an injunction to block the policy, it is legal. Employers can establish policies requiring employee vaccinations, provided that they are located in a city or state that allows such policies. Many states have laws on the books that require employers to offer flu vaccines, but don’t allow them to demand mandatory vaccinations. Others do allow companies, in particular healthcare businesses, to require the shots. That being said, companies do have to allow exemptions for health or religious reasons. Bottom line? Before you implement a flu shot policy, check with your state laws to ensure you aren’t overstepping the boundaries.

These are just some of the news stories companies should be aware of. Stay tuned for more updates and contact National PEO if your company needs HR, payroll, or benefits help.