HOW FAR IS TOO FAR WHEN REVIEWING SOCIAL MEDIA? 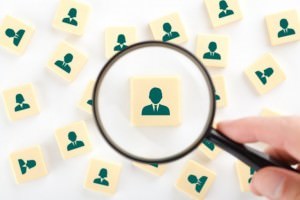 By now, you know the statistics: the Society of Human Resources Managers reports that at least 77 percent of all employers use social media to recruit and/or evaluate potential job candidates, almost double the number of companies that did so even just two years ago. Chances are, if you’ve been part of a hiring team, you have probably checked — or at least been tempted to check — an applicant’s online presence during the hiring process.

As a result, jobseekers are cleaning up their online profiles, locking down privacy settings, removing questionable content, and taking care to ensure that their online personas reflect who they really are. Nevertheless, the concern about what employers can see online has raised some very important questions, most importantly: How far can employers go when looking at someone’s online life?

As anyone who has ever been involved in hiring knows, there are certain questions that you simply cannot ask potential candidates. Questions about race, ethnicity, religion, family, marital status, age, sexual orientation, and health are among the topics expressly forbidden by the Equal Employment Opportunity Commission. If a candidate can prove that an employer made an employment decision (usually denial of employment) based on any of those factors, the employer could face serious discrimination charges and sanctions.

However, even though employers may not be able to ask questions about specific personal topics during an interview, in most cases all it takes is a cursory glance of someone’s Facebook profile or Twitter feed to find out all you want to know, and more, about a person. Within seconds, you can often discover that a candidate is Jewish, pregnant, gay, or a father of five without even really trying.

Discovering the information isn’t necessarily the problem, though. It’s what you do with it that’s the issue. Most employers claim that they only use social media to confirm information contained in an application or to check for behavior that could potentially reflect poorly on the company, such as racist or offensive content posted online. However, looking at social media before an interview usually creates an initial first impression and can influence the entire hiring process.

Another issue? Whether or not employers can request usernames and passwords to social media accounts. Some states have outlawed the practice, and Facebook expressly states that such requests are a violation of the site’s terms of service. Yet some employers continue to request access as a matter of course. Employers who request access claim that they are usually only looking for specific information, such as evidence of activity that could reflect poorly on the company, or to monitor what employees are saying about their employers online, but to most privacy advocates, such requests are a clear violation.

Besides the fact that online searches can reveal information that shouldn’t influence hiring decisions, the legality of such methods is also a cause for concern.

In short, the law requires employees to notify jobseekers if they plan to run a background check, and to notify them if any adverse action is taken because of information discovered during the background check. Currently, searching social media profiles isn’t covered under this protection, but several court cases, as well as the federal government, are looking at expanding the scope of the law to include social media reviews as a form of employment screening.

Currently, the law does prohibit accessing someone’s social media profiles via illicit means, including hacking or posing as another individual in order to gain full access to portions of a public profile restricted from public view. Because technically speaking, once someone puts something online it’s no longer considered private, some investigators argue that everything on social media is fair game. However, if

So You Want to Use Social Media?

Even with all of the potential privacy issues and pitfalls, many companies continue to use social media to evaluate candidates. If you do so, there are some important points to keep in mind in order to avoid landing in EEOC hot water.

The issue of how employers can, and should, use social media to evaluate candidates may be a bit of a gray area for now, but expect more guidance and legal restrictions in the future. In the meantime, use caution, or an innocent Google search could cost you.