WHY YOU SHOULDN’T BAN SOCIAL MEDIA IN THE WORKPLACE

WHY BANNING SOCIAL MEDIA AT WORK IS BAD FOR BUSINESS 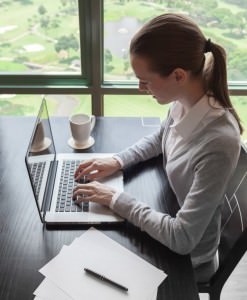 It’s a debate that’s raging in offices across the country: Should employees be allowed to use social media at work?

Those who think that sites like Facebook and Twitter have no business in the workplace point to declines in productivity as their privacy concerns. Employees should be focusing on their work, they say, not checking out their friends’ status updates and vacation pictures. Some proponents of the social media ban point to security risks as well: Given the number of viruses hiding behind seemingly innocuous apps on social media, the best way to prevent a major security breach is to block the sites altogether.

However, most experts conclude that most of the reasons for social media bans do not hold up, and that banning or blocking social media access in the workplace is actually counterproductive to fostering an environment of happy, engaged employees. Not only does telling employees that they cannot use social media at work create resentment, it also triggers a number of other issues.

1. Productivity Doesn’t Improve — And May Even Decline

Have you ever sat at your desk for eight or more hours and stayed completely focused on your tasks without any other distractions? Most likely, you haven’t — and it’s unreasonable to expect that employees will either. Most humans work best in short spurts, punctuated by short breaks that allow them to rest, recharge, and refocus. In the past, these breaks may have taken place in the break room where co-workers chatted while grabbing a cup of coffee or a snack. These days, people take a break by scrolling through their newsfeeds. When you take away the option to check in on social media throughout the day, you won’t improve productivity, because employees will find other ways to take breaks.

If productivity is an issue, it’s most likely not because of social media, but instead a morale or training issue. Avoid the knee-jerk response of banning social media and get to the real root of the problem instead.

Banning social media sends the message to your employees that you do not trust them. Instead of treating them like adults who understand their responsibilities, restricting social media sends the message that you cannot rely on them to manage their own time effectively, and you need to limit distractions for them. When workers don’t feel trusted and respected by their employers, morale declines — and when morale declines, so does productivity.

If the issue isn’t so much the time that employees spend on social media, but what they are saying, a comprehensive social media policy should clear up any misunderstandings. There is nothing wrong with establishing acceptable use guidelines for social media to protect your company’s brand, as long as they do not infringe upon employee rights to free speech. Setting the ground rules and the expectations up front helps establish trust, and shows employees that you respect and value them.

Younger workers — the Millennial generation — are accustomed to sharing their every thought and activity online, and seeing the same from their friends. Few will willingly go to work for a company that they see as archaic or restrictive in their social media policies. For companies that want to attract talented individuals, a social media ban could prove to be a hiring obstacle. 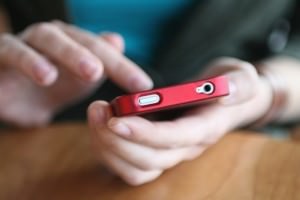 4. Employees Will Find a Way Around It

While you may opt to block access to Facebook on the corporate network, remember that most employees will have their own mobile devices with them at work — meaning that there’s a good chance that they will access social media anyway at some point during the day. Even if they don’t have a mobile device, there’s a good chance they will find a way through the firewall to access it anyway, so a ban is usually ineffective.

5. Exceptions to the Rule

While social media bans are not advisable for most business, there are some exceptions. Most Wall Street investment banks, for example, are bound by regulations that require them to store any business communication for at least three years — and this includes anything sent via Facebook and Twitter or comments made on sites like YouTube. Given the sheer volume of communication flowing in and out of these banks each day, maintaining records of social media conversations simply isn’t practical.

Still, even in those tightly controlled environments, employees use their own mobile devices to access social media. And a report by Gartner notes that fewer than 30 percent of companies are actually blocking access these days, down from more than half just two years ago. Even the most conservative and controlled organizations are starting to realize that bans do not work, and that the benefits of allowing employees to use their favorite sites at work far outweigh any drawbacks.

Social media is a fact of life these days, and smart employers are finding ways to allow employees access to their favorite sites while also protect productivity, security, and their brand. Before you enact an all-out ban, work with your employees to develop a policy that everyone can live with.