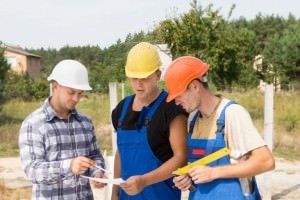 About 20 million Americas are underemployed or unemployed while 7 million others are holding U.S. jobs unlawfully. Multiple studies report that illegal workers take Americans’ jobs or lower their earnings. Legally authorized residents who need an income should have those positions instead, notes Texas Rep. Lamar Smith. The E-Verify system, started in 2001 and launched formally in 2007, has curtailed illegal aliens working in the United States greatly. While it is voluntary in many states, Arizona law makes in mandatory.

According to the Legal Workers Act in Arizona, organizations must validate all employees’ work eligibilities via the E-Verify Arizona I-9 system. Experts explain that method, its virtues, and your specific responsibilities. Obeying all steps and timelines can be a confusing and time-consuming challenge, especially for small companies. National PEO, an official E-Verify agent, can enroll your firm in the system and handle your processing requirements precisely. By assuring compliance, you can evade business license suspensions or revocation. We stay current on all changing federal and state immigration law so you can dodge penalties, financial reparations, and prosecution.

The federal government administers the free E-Verify system to confirm employment eligibility status for employers. Over 1.4 million employment websites and around 575,000 companies are using this Web-based employment confirmation resource. Roughly 1,400 organizations join per week. Businesses of all sizes from all industries across the nation ran 28 million+ cases through the system during 2014. 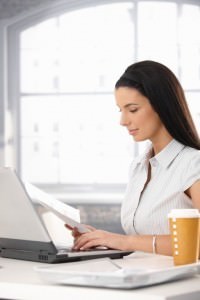 E-Verify does not replace I-9, a concurrent documentation obligation. While your entity uses E-Verify, completing I-9 forms and complying with all retention requirements remain mandatory. These combined procedures strengthen all employment verifications. Your company or agent must run all newly hired workers’ I-9 details into the E-Verify system by the third business day following their starting dates. This extensive solution relieves corporate concerns about I-9 inadequacies, minimizing erroneous employment verifications.

If you must undergo I-9 audits, your E-Verify enrollment represents your establishment’s good-faith conduct. Immigration and Customs Enforcement will hold you responsible for incomplete I-9s and forms containing errors. However, since that agency assesses good-faith efforts when calculating fines, it is likely to lessen any penalties. National PEO’s expert services can help you skip these problems altogether.

However, if you retain ineligible personnel after FNCs, notifying DHS via E-Verify is obligatory. Your firm may receive $550 to $1,100 penalties for every policy infringement. In addition, you could encounter rebuttable presumptions that you violated the Immigration and Nationality Act by employing unauthorized workers knowingly.

Currently, new recruits or companies can call E-Verify or the Office of Special Counsel to ask final nonconfirmation questions. Ultimately, DHS plans to diminish mistaken FNCs by devising and enacting official appeal and review processes that will track and examine such cases better. Presumably, additional rules and timelines will accompany those updates.