IS THE UNLIMITED VACATION TREND RIGHT FOR YOUR COMPANY?

The approaching summer vacation season should prompt you to review your paid time-off policy. Have you considered switching from traditional to unlimited downtime so personnel can unwind 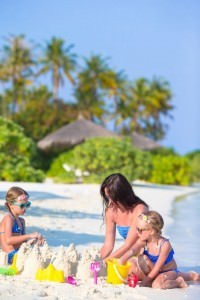 and recharge? Successful examples show why and when this modern system works.

Netflix employees began relishing as many extra vacation days as they wanted in 2004. The company granted them freedom to choose when to work, how long their responsibilities take to accomplish, and when to enjoy time away from their jobs. Since instituting that policy, the operation’s market cap has grown to exceed $51 billion.

While encouraging flexibility, Netflix also emphasizes accountability. Workers must communicate their schedules to their supervisors, who expect high performance. That principle is so central to Netflix’s culture that management rewards work that is just adequate with terminations that include generous severance packages.

Employees can take infinite vacation days because no superiors track their time. Rather than micromanaging how personnel fulfill their duties, leaders seek results — the only metric that matters. They discovered that increasing staffers’ autonomy makes them more responsible. Without the distractions of domineering rules, team members’ focus and production grew.

Back when Netflix offered a conventional vacation policy, staffers asked a key question: Since we do not keep track of our after-hours time like answering business emails from home, why maintain records of our days off from work? Management understood and addressed that question’s simple logic.

Basing pay on hours made sense for industrial-age employers when workers stood on assembly lines for fixed shifts. Thanks to convenient technological advances, many present-day employees perform job duties from anywhere they might be whenever needs arise. Such scenarios make off time an obsolete concept for modern talent.

Today’s participation economy measures and pays staffers according to their production. Yet we still cling to industrial-era practices of compensating personnel for how much time they spend at workplaces. Recognizing that as a massive de-motivator, Netflix changed its leave policy to match how crewmembers accomplish their work.

Unlimited vacations did not begin at Netflix, even though it was among the first significant American organizations to embrace them. Semco, a Brazilian firm, has offered them quietly for over 30 years. Following serious health issues at age 21, the founder’s son realized that his grueling work schedule was killing him slowly. That meant other employees also were in danger. 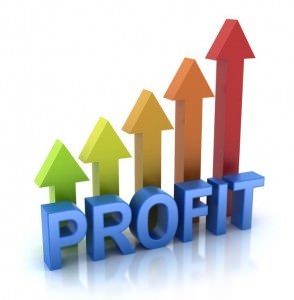 In a radical move, the firm eliminated traditional work shifts, vacation time, and sick days. Despite typical fears of output plummeting, talent became fiercely loyal and more productive. The company thrived as the staff did. Revamping its scheduling policy in 1981 helped Semco’s worth grow from $4 million to today’s $1 plus billion.

In America’s workaholic society, employees receive fewer days off than those in all other countries besides South Korea. Five, 10, or 15 per year are common. Laws do not require U.S. organizations to provide annual paid vacations, but many other nations must follow such mandates. Brazilian personnel amass 30 days plus 11 holidays. United Kingdom workers can take 28 including holidays. Austrian, Danish, Finlander, French, Luxembourger, and Swedish staffers get 25 days.

Various firms defend their inflexible vacation plans by asserting that employees would exploit lenient methods. However, the 1 to 2 percent of U.S. companies trying limitless programs finds the reverse. Freedom strengthens workers’ ownership and answerability to the point that some workers do not take any time off at all. Therefore, some corporations switching to unrestricted time off also establish leisure incentive policies. Talent submitting travel expense receipts receive partial to full reimbursements. Evernote repays staffers $1,000. FullContact ups that stipend to $7,500.

Workaholic recruits may seem ideal, but exhausting schedules do not benefit your business or overworked personnel. Shrewd companies realize that recharging during downtime — particularly when empowered staffers can take leaves as needed — increases creativity and productivity upon returning. Your firm will save money by not paying departing employees for earned but unused vacation days, conserving funds to subsidize leisure getaways.

Sadly, most companies still reward their teams by an outdated assembly-line approach. When personnel work from wherever and whenever necessary to achieve results, updating your compensation and benefit programs to reflect that business concept makes sense. You may choose to count time off until you confirm this system is effective. If you worry that will create a recordkeeping nightmare, National PEO’s payroll administration services will track the vacation and sick days each employee uses.