THE SOONER YOU CAN FIRE A PROBLEM EMPLOYEE, THE BETTER 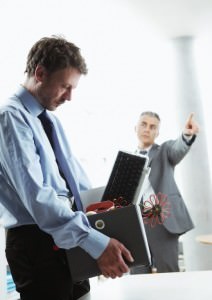 Once you realize that one of your employees is no longer a good fit for your business, it’s best to let that employee go as soon as possible. The longer you let a problem employee remain with the business, the more likely that his or her bad habits may rub off on other employees. A bad employee who isn’t fired soon enough can cause better employees to feel resentful and disgruntled, and can lead to strained relationships with clients, vendors, and partners, as well as lowered productivity in general.

Of course, you shouldn’t jump the gun and fire an employee at the first sign of trouble. Everyone makes mistakes, and you should go ahead and give employees the chance to fix theirs. But when an employee doesn’t take steps to improve his or her performance and continues to perform poorly despite being reprimanded again and again, it’s time to let that employee go — and the sooner you divest your organization of a problem employee, the sooner you can all move on. Firing poor employees promptly protects your company from the far-reaching damage to morale and productivity that a single bad worker can do.

One Employee’s Poor Performance Can Rub Off on Others

When one member of your team isn’t performing well, that can affect the whole team thanks to motivational synchronicity, a phenomenon in which motivation — or lack thereof — spreads from one person to another. Scientists at the University of Rochester have found that putting study participants in the presence of a very motivated individual improved their motivation and performance after just five minutes of contact.

However, they also saw that when study participants were placed in a room with an unmotivated, negative person, their own performance suffered as their motivation dwindled. This remained true even if the people involved never spoke or interacted, but merely worked on their own tasks while sharing the same space.

That’s why it’s important to make sure that everyone on your team is motivated and driven. Allowing a less motivated employee to remain on the team will only drag down your high performers, and the effect could quickly spread throughout the company.

While you should always try to work through issues with an employee before firing him or her, there comes a point when a bad employee’s poor performance just puts a strain on other workers who are trying to do well at their jobs. When one employee doesn’t do his or her work in a timely fashion or is frequently late, others must pick up the slack.

Not only can that make their performance suffer if the situation goes on too long, it can also make them resentful. If you drag your feet when it comes to firing a bad employee, other employees will think you haven’t noticed the behavior or don’t care about it. They’ll also think you don’t really care about their needs or feelings. You could find yourself scrambling to fill multiple positions as your good employees jump ship to find jobs where they feel more valued. 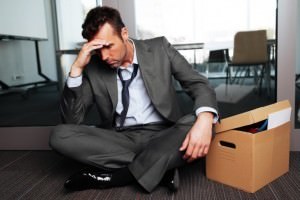 A single bad employee could alienate a loyal customer with a single incident of bad service or a rude remark. The same goes for vendors, clients, partners, and others with whom your organization has a valued relationship. Keeping a bad employee around for longer than necessary can add up to lost profits and permanent damage to your company’s reputation.

Things to Consider When Firing an Employee

Although you hope that you can resolve problems with an employee’s performance without firing him or her, you need to be prepared for the possibility that a termination may be necessary from the moment you first talk to an employee about performance issues. Document any talks you have with an employee about his or her performance, even if they’re only informal ones. Give a problem employee no more than two or three warnings before moving ahead with the termination process. When you outsource HR tasks, you can get help with reprimanding and firing employees while still adhering to labor laws.

Firing a problem employee promptly is only half the battle. You’ll also need to be prepared to hire a new employee. Take some time with this process. The better you’re able to vet a new employee, the less likely you are to end up in the same situation again, with a new hire who turns out to be your next problem employee. If you think you’re going to have to a fire an employee, you may want to get the hiring ball rolling in advance. You should also come up with a plan to distribute the employee’s work in the meantime. You may find that other employees’ roles evolve to handle the new tasks, so that you don’t need to hire a new person at all.

Allowing a problematic employee to languish in your company while you continue to hope that his or her performance will miraculously improve isn’t going to do you, or your work force, any favors. One poor employee can drag down the entire company. Weed out poor performers as soon as you detect them, so your company can continue to flourish.