EMPLOYEES AND SOCIAL MEDIA USE 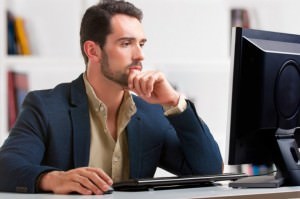 It almost inevitable: At some point, one (or more) of your employees will post something unflattering, mean, or simply untrue about you or your company on social media.

While clearly those who call their boss nasty names or make fun of their co-workers online never listened to their mothers when they said “If you can’t say anything nice, don’t say anything at all,” it still happens every day. Often, people who make posts like this are just venting and don’t mean any real harm, but the very nature of social media means that such statements can be damaging to personal and professional reputations. As a result, many employers take a dim view of negative social media posts — and a growing number of those social media ranters are finding themselves in the unemployment line after using poor judgment online.

Firing an employee who makes negative posts on social media isn’t always the best course of action, though. Not only might it be illegal, but also firing an otherwise productive employee can cost your company more than any damage that a single post ever would. Evaluating negative social media postings on a case-by-case basis is a more effective way of handling problems, and protects both your reputation and your relationship with the employees.

The first step to appropriately dealing with negative social media posts is to enact a comprehensive social media policy. While it might be tempting to ban employees from saying anything at all about work online, that’s simply not possible. The National Labor Relations Board has issued some guidance to employers regarding social media policies, which essentially allow your policy to govern the use of social media during working hours, define what can and cannot be shared online, prohibit harassment, offer guidelines on acceptable use, and provide guidelines on how and when employees can portray themselves as company representatives.

Just as important as defining what employees can and cannot do on social media, though, is outlining the consequences for violations and a process for addressing violations. In the vast majority of cases, negative social media posts can be easily dealt with via a conversation. In fact, assuming that the negative post isn’t something illegal or potentially harmful, most violations can be dealt with by:

One of the major issues associated with employee use of social media is maintaining that balance between protecting the business and employee privacy. In addition, many states have enacted laws prohibiting employers from firing employees for their activities outside of working hours, including posting on social media. For that reason, there may be times when the best thing to do about a negative employee post is nothing at all.

If an employee posts from his or her own computer, after working hours, about how much she dislikes her boss or co-workers, chances are that it’s not going to do much harm to the business — and if the employer says something to her about it, she could feel that her privacy was violated. Not to mention, in this case, it’s unlikely that a court would uphold any disciplinary action, given that it’s not a clear violation of social media policy.

However, there are times when you cannot ignore posts or take a progressive approach to discipline, such as when the posts are harassing, reveal confidential or protected information, or contain illegal behavior that could hurt the company. In those cases, immediate termination (in addition to other action) may be required, in accordance with your policy.

The bottom line when dealing with employees and social media is to maintain a balanced approach. Obviously, you don’t want employees posting nasty rumors or saying mean things about you online, but you also don’t want to overreact and cause more bad publicity. Develop a policy that gives employees some leeway in what they post, and focus on the comments and behavior that are truly detrimental to your company.