EMPLOYEE ATTIRE IN THE MODERN WORKPLACE

BREAKING THE CODE: EMPLOYEE ATTIRE IN THE MODERN WORKPLACE

We’ve all been taught not to judge a book by its cover, but in the business world, appearance often plays a major role in perceived competence, intelligence, and professionalism. Businesses want to project a positive image to customers, and therefore usually require employees to adhere to certain standards of dress and appearance. The problem is that not only are many dress codes vague, they are often out of step with current trends in both fashion and business. 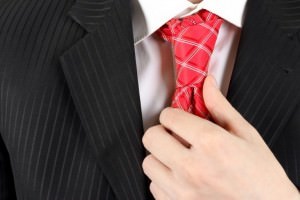 Employers want their employees to express a certain image. However, that image often conflicts with the personal expression of employees, especially in today’s culture when tattoos and body piercings are common. Employees have long argued that forms of expression like tattoos — or even their choice to wear short skirts or T-shirts — make no difference in their ability to do their job, and that employers should be more concerned about their performance than whether or not they are baring shoulders or have their significant other’s initials tattooed on their wrist.

At the same time, studies show that appearance at work does matter, even if it doesn’t affect performance. Most employers focus dress code rules on those employees who have direct face-to-face contact with clients or customers, but a recent Salary.com survey indicates that dress codes also influence how employees relate to each other. More than half of the 4,600 people surveyed said that they judge others at work by their appearance, with those who wear skimpy or revealing clothing, shirts with inappropriate images or words, or clothing that is too casual (i.e., pajamas) receiving the harshest criticisms. The sure respondents noted that when people dress inappropriately for work, they are often viewed as inferior, incompetent, or even stupid, and serve as fodder for rumors, gossip, and backbiting.

One point that won’t surprise to anyone is that opinions about dress codes vary widely according to age, with younger workers more likely to label a company’s dress code as “too strict.” In fact, many Millennials consider a company’ dress code when evaluating job opportunities, generally preferring to work for those companies that allow for more casual dress, as well as accept a variety of hairstyles and colors, body art, and piercings. Realizing the importance of attracting younger workers — while still maintaining certain standards — some companies are relaxing certain appearance standards, and allowing employees to have visible tattoos and body piercings as long as they meet certain standards (such as no offensive images or language, for example.) Other companies are easing other restrictions, such as allowing employees to wear appropriate shorts and open-toed shoes, or choosing from several options for clothing colors. 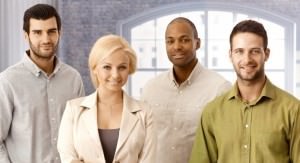 How Casual Should You Go?

Despite some employees’ insistence that what they wear doesn’t matter, in general, most employees appreciate having some guidance from their employers over what to wear and what not to wear. And, according to the same Salary.com survey, the vast majority of employees prefer a business casual dress code to a formal code, and appreciate the opportunity to have “dress down” or casual days.

How formal or relaxed your company’s dress code should be depends largely on your industry, how often you interact with the public, and what type of work you are doing. Certain fields, like law and finance, are most likely always going to maintain a formal dress code that requires suits and ties for men and pantyhose for women. Likewise, if you are working in a warehouse or a back office, you can be more casual. Beyond those considerations though, there are a few other points to keep in mind when developing or revising your dress code:

Discrimination. The only legal guidelines involving dress codes involve discrimination, or more accurately, avoiding discrimination. Rules regarding employee attire cannot discriminate based on sex, race, or religion. It is okay to have separate policies for men and women; social norms dictate that men wear neckties, for example, so it’s unreasonable to require women to as well. You cannot, however, make policies that are not based on social norms or place a greater burden on one sex. In terms of religious discrimination, your policy must allow for accommodations to the code for religious purposes, unless you can prove that doing so creates an undue hardship.

Enforcement. As with any policy, dress code rules must be equitably enforced across the board, and based on facts and not personal opinions; i.e., just because one employee thinks that another’s skirt is too short doesn’t necessarily constitute a violation.

Practicality. In some cases, it is simply impractical to require employees to maintain certain standards, due to the climate, the type of work being done, and even the socioeconomic status of the employees. Requiring employees who work for minimum wage to maintain a formal appearance, for example, may not always be possible.

Business Goals. In some cases, you can be more relaxed with employee dress and build your brand or image with accessories or uniform pieces. For example, require employees to wear a vest or apron to identify them as employees, over an outfit of their choice.

Establishing an employee dress code sets standard for your workers and helps them make appropriate choices in work attire. However, as fashions and trends change, so should your dress code, as adhering to old and outdated rules could drive down morale — and possibly drive away qualified employees.