DOES OFF-DUTY EQUAL OFF-LIMITS? IN MOST CASES, YES

Most people assume that when they leave the confines of the office, their employer has no control over their activities — or even a right to know what they are up to during their personal time. And for the most part this is true. Employees have a right to privacy, and even though employers generally have the ability to check up on their workers when they aren’t on the clock, that doesn’t mean that they should. In fact, in most cases, disciplining an employee due to their off-duty conduct is illegal.

Federal laws prohibit employers from terminating employees based on off-duty conduct related to race, religion, gender, health, age, disability, and other factors protected by anti-discrimination laws. For example, it’s illegal to fire an employee for attending a race-related rally or a church event outside of work hours. However, some states have broadened employee protections related to off-duty conduct, preventing employers from disciplining or terminating employee for smoking, election-related activities, possession of firearms, and certain drug-related offenses, among others. In short, before you take action against an employee for something they do on their own time, it’s important to understand the laws governing such actions — or you could land your company in hot water. 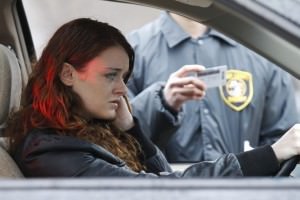 In general, off-duty conduct standards are tied to activities that:

For example, consider this scenario: Bob is an accountant for a large delivery company. On Friday night, Bob indulges in a few too many alcoholic beverages before getting in his car, and is stopped by the police. Bob receives a DUI, and loses his license. Can Bob be fired?

Given his current position, no, Bob should not be disciplined at work for his indiscretion. Although Bob is no longer legally able to drive, he has alternate transportation for work, and does not need to drive to fulfill his normal duties. If Bob was a delivery driver, or otherwise needed a valid license to operate a motor vehicle in order to do his job, then his DUI could be cause for termination. His employers may not be impressed by his behavior, but legally, they do not have cause to fire  him.

However, if Bob was a school teacher and not an accountant, it might be a different situation. A school district could probably successfully argue that receiving a DUI is not in keeping with the standards of the profession, and causes harm to the reputation of the school district. Bob’s responsibility and suitability to work with students could also be called into question.

There are other cases in which off-duty conduct could come in to play at work. For example, you cannot fire someone for attending a particular church, but if that employee begins proselytizing in the office, trying to convert others, or otherwise making others feel uncomfortable or harassed, you can take action. Likewise, employers cannot discipline employees for union activities outside of work, or for moonlighting at another job as long as there is no conflict of interest or the terms of the employment contract expressly forbid it.

Aside from illegal activities, social media use is perhaps the most common source of questions about off-duty conduct. Firing or disciplining an employee for posts made on personal social media pages outside of working hours raises a number of questions related to privacy and freedom of speech.

In general, labor laws prevent employers from taking action against employees for social media posts unless they can prove that the post was harmful to the business, or they contain evidence of illegal activities that influence an employee’s ability to do his or her job. Posts that violate the terms of a corporate social media policy, even if made outside of working hours, can also be grounds for termination. 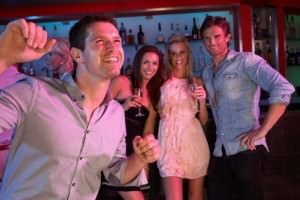 Off-duty conduct rules can also come into play when it comes to business travel. While the purpose of a trip may be for work, it’s unreasonable to expect employees to be “on the clock” 24 hours per day for the duration of the trip.

Employees are entitled to some downtime, and that could include socializing, drinking alcohol, and sightseeing or experiencing some of the cultural attractions in the city. And in general, the same rules that apply to off-duty conduct while at home apply on the road: Unless an activity is illegal, jeopardizes the business legally or financially, or is a clear violation of company policy, you are unlikely to have grounds to discipline or terminate an employee. However, you do have the right, as an employer, to develop strict policies regarding business travel and what constitutes appropriate conduct, and punish employees for breaking those rules.

Thanks in large part to social media, as well as the new health care laws, employers now have access to more information than ever about their employers. Add in a culture that values accessibility via mobile devices, and the line between work life and private life is more blurred every day. Still, employers cannot dictate employee behavior at all times, and it’s important to remember that just because you don’t like something, it doesn’t mean you can fire someone for it.