WATCH OUT FOR THESE 6 RED FLAGS WHEN INTERVIEWING CANDIDATES 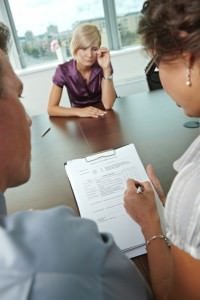 On paper, a candidate looks perfect. He or she has the right education, plenty of experience, and the skills you are looking for to fill a position. During the interview, though, something doesn’t feel quite right. You can’t put your finger on it, but something doesn’t seem right about this person.

When you interview candidates to fill an open job, certain red flags are obvious: The person shows up dressed inappropriately, arrives late, answers calls during the meeting, uses profanity, etc. In those cases, it’s easy to remove the person’s name from consideration and move on.

However, some red flags are less obvious. These are the things that may give you pause, but aren’t always easy to identify. Some are easily explainable, but for the most part, if you interview someone that demonstrates these behaviors, it’s probably best to keep looking for a more suitable candidate.

One of the best questions that an interviewer can ask is about a time when something went wrong, or a project did not turn out as planned. Why? Because people learn from failures as well as successes.

When a candidate is not only willing to admit a failure, but can demonstrate what he or she learned from the experience and acknowledge his or her own role in the failure, it demonstrates a high degree of self-awareness and critical thinking skills. It also helps identify those candidates who will be blame-shifters and finger-pointers, never taking responsibility for their own actions and making excuses. Those are not the people you want working for you.

You might think that anyone who takes the time to apply for a job would at least know what the company does and what their role within the organization would be. Sadly, that’s not always the case. Many interviewers report meeting with candidates who failed to conduct even the most rudimentary research about the company, its mission, and the job itself. 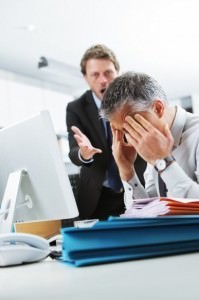 The people who are the most successful are often those who treat everyone with kindness and consideration — not those who are dismissive or even rude to those who they feel are “beneath” them. When a candidate comes in for an interview, ask your receptionist and anyone else who interacted with him or her for their impressions.

Do you want to hire someone who doesn’t respect their potential co-workers at all levels? Often, a candidate will reveal a superiority complex during a second interview, which usually includes other team members. If the person doesn’t make eye contact, addresses only the manager, or otherwise behaves dismissively to the other team members, that’s a red flag.

Successful jobseekers know that to land the best jobs, they need to be able to show employers what they bring to the table. Yet there are still some who are focused primarily on what your company can do for them rather than vice versa. This usually manifests in questions about salary and benefits before they are appropriate to ask, or statements like “I want to work for this company because I believe that it will be good for my career.” These should serve as warnings that the candidate may not be a team player, and may not be committed to your company for the long term.

As a recruiter, you want to talk to candidates who are confident and well-versed in their field. Unless you are hiring for a CEO or senior executive level position though, be wary of the candidate who has an experience or story at the ready for every single question you throw at them. Asking behavioral questions that require examples are a more effective means of gauging a candidate’s strengths and weaknesses than asking him or her directly, but a candidate who has an answer for everything may not be telling the truth.

If a candidate is confident enough to say, “Well, I do not have experience with that directly, but here is what I might do,” or admits to gaps in his or her experience (and has a willingness to learn) you’ll get a more accurate picture of the strengths, weaknesses, and character of the candidate.

6. Nothing Nice to Say

Remember when mom told you that if you don’t have anything nice to say, you shouldn’t say anything at all? Nowhere is that more true than in a job interview. A candidate who badmouths a former employer, colleague, client, or competitor is not someone who you want working for you. Not only should you be concerned about what he or she could say about your company down the road, but also there’s a good chance that someone who is so willing to speak ill of others will be a drain on their team.

Of course, as you gain experience interviewing, you may identify other red flags that cause you to question a candidate’s suitability. If you start by staying alert to these traits, though, you have a better chance of avoiding bad hires and placing the right people in the right jobs.